Circular Letter on Bread and Wine for the Eucharist 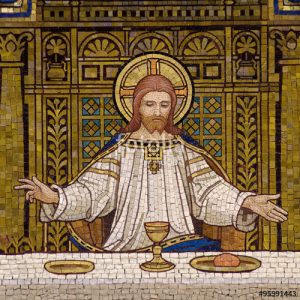 In July of this year, the Congregation for Divine Worship and the Discipline of the Sacraments issued a circular letter to diocesan bishops and their equivalents concerning the bread and wine to be used for the celebration of the Eucharist.  In its letter, the Congregation noted that the bishop is given the task of watching over both the quality of the bread and wine to be used for Mass, as well as those who prepare these materials.  While, until recently, it was usually the case that religious communities were entrusted with the baking of bread and the making of wine for Mass, hosts and wine are now also routinely sold by large companies.  In view of this, the Congregation has asked bishops to remind producers of these materials of the norms that must be observed.  These include the following:

The Congregation also reiterated several guidelines originally published by the Congregation for the Doctrine of the Faith concerning the celebration of the Eucharist by persons who cannot consume bread or wine made in the usual manner:

Pastors are to be advised that several companies producing hosts do so in both gluten-free and low-gluten forms, and that gluten-free hosts are not valid matter for the Eucharist.  A list of suppliers of low-gluten hosts which are valid for use in the celebration of Mass may be downloaded from the USCCB’s website or acquired by contacting the Office of Liturgy.

With regard to wine to be used for the celebration of Mass, pastors should equally be aware that much of the wine that is sold in retail stores is either of doubtful liceity or validity.  This is due to the fact that many products sold as “table wine” often contain added water (up to 25%), cane sugar, beet sugar, corn syrup, high fructose corn syrup, other fruit concentrates, and stabilizing chemicals.  In these cases, such wines do not satisfy the requirements that sacramental wine be “fruit of the grape, pure and incorrupt, [and] not mixed with other substances.”  With this in mind, only wine that is labeled for sacramental use and which has received ecclesiastical approbation should be used for the celebration of the Eucharist.  A list of companies that produce wine that is approved for sacramental use may be obtained from the Liturgy Office.