History and Liturgies of the Advent Season 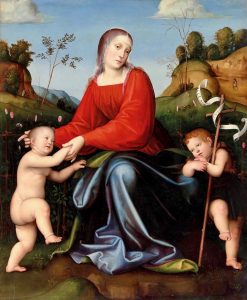 While the origins of Advent are obscure, this season seems to trace its beginnings to sixth-century liturgical practice in Spain and Gaul. In those churches, Epiphany (January 6) was observed as a feast of Christ’s birth. Baptisms were also celebrated on this day, and it is thought that Advent may be connected to a time of pre-baptismal fasting prior to Epiphany.

In Rome, the first evidence of special liturgies during this season is in connection with the winter ember days. These days were traditionally observed on the Wednesday, Friday, and Saturday following the feast of Saint Lucy (December 13) and were marked by prayer, fasting, and almsgiving. In his winter ember day sermons, Pope Saint Leo the Great (440-461) drew a correlation between the end of the calendar year and the second coming of Christ, stating that the ascetical practices observed during these days were an appropriate way to prepare for “the coming of the reign of God and the end times of the world.” By the mid-eighth century, however, Roman sacramentaries began to move away from this eschatological focus and instead placed an increasing emphasis on the theme of the Incarnation in the weeks leading up to the Christmas feast. This new liturgical season, referred to as Adventus by the ritual books of the time, was observed as a period of preparation in anticipation of the celebration of Christ’s birth, but it was not a penitential season for the Roman Church.

By contrast, Advent took on a decidedly more ascetical character in Gaul at this time due to the influence of itinerant Irish missionaries. In their sermons during this season, these monk-priests regularly encouraged practices associated with an atonement for sins in preparation for the final judgment. This penitential focus also came to be expressed in the liturgy: vestments in the color of violet were now worn in Advent, and the Gloria and Alleluia began to be omitted from Masses during this period.

Many of these liturgical customs were eventually adopted in Rome by the twelfth century. However, certain non-penitential practices were retained due to the longstanding tradition of marking Advent as a time of joyful preparation for the feast of the Incarnation. For example, the Alleluia always remained a part of the Advent liturgies in Rome, at least on Sundays.

The post-Conciliar liturgical books indicate a return to the original Roman ethos of the Advent season. The Universal Norms on the Liturgical Year and the Calendar (1969) observe that “the season of Advent has a twofold character. It is a time of preparation for Christ when the first coming of God’s Son to men is recalled. It is also a season when minds are directed by that memorial to Christ’s second coming at the end of time. It is a season of joyful and spiritual expectation.” Thus, in a shift away from the penitential themes associated with the later development of the Advent season, the current Norms describe Advent as a festive time when Christ’s followers prepare themselves to celebrate the Incarnation while awaiting the Lord’s second coming (cf. CIC, c. 1250).

Even though Christ’s birth and His return at the end of time are referenced in the Church’s liturgies throughout the entirety of Advent, each of these themes is emphasized to a greater or lesser degree at different times during the season. For example, from the beginning of Advent to December 16, the prayers and readings used at Mass and in the Liturgy of the Hours have a stronger eschatological focus, and they encourage God’s People to prepare themselves for the second coming of Christ. On the other hand, the liturgies celebrated from December 17 to December 24, inclusive, speak more frequently of the forthcoming feast of the Lord’s birth on Christmas.

The latter portion of the Advent season is also marked by the famous “O Antiphons.” These texts come from the sixth century, and they use Old Testament references to the Messiah as a way of expressing God’s salvific plan for humanity in Christ. These antiphons are found in Evening Prayer in the Liturgy of the Hours, and another version of them appears in Mass at the Alleluia verse. The “O Antiphons,” known best to most Catholics as the verses of the hymn “O Come, O Come Emmanuel,” are: O Sapientia (O Wisdom), O Adonai (O Lord), O Radix Jesse (O Root of Jesse), O Clavis David (O Key of David), O Oriens (O Dawn of the East), O Rex Gentium (O King of the Nations), and O Emmanuel (O “God is with us”). In an interesting textual note, if one takes the first letters of each of the “O Antiphons” and reverses their order, this forms an acrostic which spells the Latin phrase Ero cras, meaning, “Tomorrow, I will come.”

This brief historical and liturgical overview of the Advent season reminds us that the Church’s liturgical year offers regular times of reflection and contemplation which open us to mystery and transcendence. Bearing in mind the many different traditions associated with Advent throughout its long history, we recall the gift that the Church gives us in her liturgical use of space, time, and language to prepare us, during these weeks at the conclusion of the year, to contemplate the great mystery longed for by all of humanity since the dawn of time: that of Christ’s coming and dwelling amongst us.