Liturgical Q and A: Music at Funerals 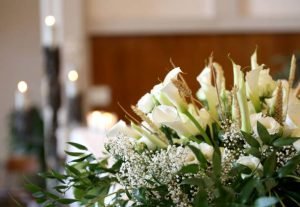 The Liturgy Office has recently received a number of questions concerning the use of secular music at funerals, including songs that have a particularly cultural, but not overtly religious, significance for the community. It is often the case that family and friends of the deceased wish to include secular songs or instrumental works within Christian funerals. Even when such works have special meaning to the deceased or the mourners, they still may be inappropriate for use in liturgical celebrations when thoughtfully and carefully considered in light of the focus of the Church’s funeral liturgies and the purpose of sacred music. The Order of Christian Funerals indicates that the music selected for funeral rites  should express Christ’s Paschal Mystery and a Christian’s participation in that Mystery (30). As well, the texts intended to be sung at the liturgy should be drawn chiefly from Holy Scripture and from liturgical sources (Sacrosanctum concilium, 121). In sum, “music should never be used to memorialize the deceased, but rather to give praise to the Lord, whose Paschal Sacrifice has freed us from the bonds of death” (USCCB, Sing to the Lord, 248).

A request is sometimes also made for the use of pre-recorded music at funeral liturgies. The bishops of the United States have indicated that such music “lacks the authenticity provided by the living liturgical assembly gathered for the Sacred Liturgy” (Sing to the Lord, 93). It is not pre-recorded music, but rather, the “lives of the faithful, their praise, sufferings, prayer, and work [which are to be] united with those of Christ and so acquire a new value” through the celebration of the liturgy (Catechism of the Catholic Church, 1368). For this reason, pre-recorded music should not, as a general norm, be used within the Church’s funeral rites. Alternatively, both secular and pre-recorded music may be played during other times during the period of leave-taking, such as at a repast following the funeral rites.