Liturgical Q and A: Scrutiny Rite Readings in Years B and C 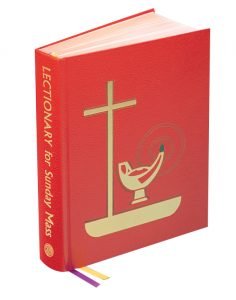 The three readings from John’s Gospel in Year A  — the woman at the well, the man born blind, and the raising of Lazarus — focus on the themes of conversion, healing, and the promise of eternal life. Bearing in mind the relevance of these themes for those preparing for Christian Initiation, and for all the baptized during Lent, the Church permits the readings from Years B and C to be substituted with the Year A (scrutiny) readings, even in those Masses where the scrutinies are not celebrated. This option allows a celebrant to prepare just one homily on these Sundays, in which he can draw the community’s attention to the intentions of those who are preparing to receive baptism at the Easter Vigil, while emphasizing that spiritual conversion is an ongoing process throughout one’s life, and is rightly the focus of all Christians during the Lenten season.