Misal Romano for the United States to be Published 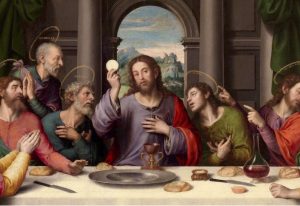 The USCCB’s Divine Worship Secretariat has recently announced the forthcoming publication of the Misal Romano, Tercera Edición. This ritual text is the first Spanish-language Roman Missal to be approved specifically for use in the United States. The base text of this book is taken from the Misal Romano from Mexico. Included as well are the proper texts and adaptations for the (arch)dioceses of the United States. The mandatory implementation date for the US Misal Romano will be the First Sunday of Advent, December 2, 2018, and this book may begin to be used as of Pentecost Sunday, May 20, 2018.

Inasmuch as parishes within the Archdiocese may have been using a Spanish translation of the second typical edition of the Missale Romanum up to this time, several changes which appear in the third edition are worthy of mention:

In addition to these changes, some highlights of the new Misal Romano include the following features:

The USCCB’s Divine Worship Secretariat has announced that there will be two publishers of this ritual book: Catholic Book Publishing and Liturgical Press. These companies have indicated that the ritual edition of the Misal Romano will be available for purchase as of May 1, 2018. Orders for these books may be placed through ICS.

Lastly, the Liturgy Office and the Office of Hispanic Ministry will be co-hosting a series of workshops for both clergy and musicians on the new Misal Romano at Fordham University on Tuesday, June 12, from 1:00-8:00pm. These workshops will be led by representatives from the Federation of Diocesan Liturgical Commissions (FDLC). More information regarding these workshops may be found on the FDLC’s website.