Music for the Misal Romano 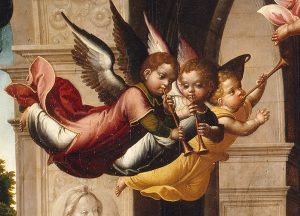 As announced in previous editions of the Liturgy Update, the first Spanish-language Roman Missal approved specifically for the United States has been published and may be used immediately. The Misal Romano, Tercera Edición will be the required Spanish edition Roman Missal in this country beginning on the First Sunday of Advent, December 2, 2018.

The USCCB’s Committee on Divine Worship has noted that this new ritual text contains substantially more music than most other Spanish-language versions of the Misal Romano used elsewhere throughout the world. Although much of this music is newly composed, it will sound familiar to many congregations, as these chants are very similar to those which appear in the 2011 English Roman Missal. The music in the new Misal Romano may be downloaded directly from the USCCB’s website. As well, the Domenico Zipoli Institute has prepared recordings of these same chants, which are available free of charge on the Institute’s website.

At Spanish liturgies in the United States, the texts of certain Mass parts (e.g., the Gloria) are frequently adapted for musical reasons, such as rhythm, meter, or melodic repetition. However, the USCCB has indicated that all musical settings must use the texts given in the new Misal Romano as of its December 2 implementation date. In practical terms, this means that it will be necessary for some parishes to learn new Spanish Mass settings in the forthcoming months. To aid in this effort, the Office of Liturgy, in consultation with the archdiocesan Music Commission, has assembled a list of recommended Mass settings in Spanish. These pieces are designed to be accompanied by either keyboard (organ/piano) or guitar. In most cases, they employ a limited range of notes, and congregations will find these compositions easy to learn in a short time.

To assist parishes in learning these settings, the Office of Liturgy will be hosting two workshops for parish musicians this fall. Attendees will be introduced to the new Misal Romano and will have an opportunity to sing sample selections of the recommended Mass settings. Musicians are encouraged to bring their portable instruments (e.g., guitars) to these sessions. As well, participants will be invited to keep all distributed music and bring these materials back to their parishes.

These workshops will take place on Saturday, October 27, at Saint Mary’s Church in Wappingers Falls and on Saturday, November 17, at Saint Joseph’s Seminary. Both sessions will run from 10:00am-12:00pm and will be offered simultaneously in both Spanish and English. Leading the presentations will be Dr. Jennifer Donelson, D.M.A., director and professor of sacred music at Saint Joseph’s Seminary, and Heitor Caballero, associate organist at Saint Mary’s Church in Norwalk, Connecticut. There is no fee for these workshops, but attendees are asked to register at the Liturgy Office website. For more information about these events or the music for the new Misal Romano, contact the Liturgy Office.