Musical Considerations for the Advent and Christmas Seasons 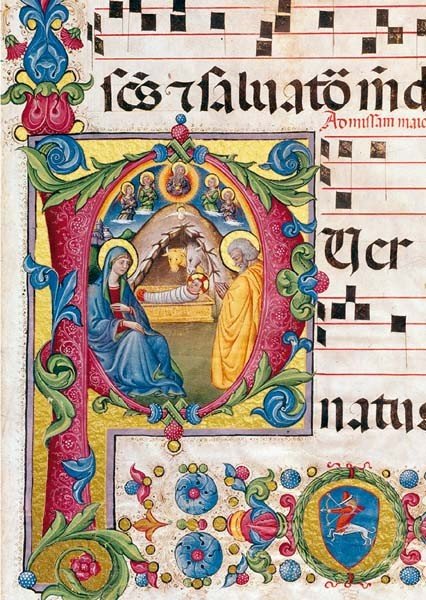 The Advent and Christmas seasons offer opportunities for parishes to vary their musical choices at Mass, to learn new songs, and to revisit cherished favorite hymns. What follows is a description of some liturgical options and practices associated with these seasons which have grown in popularity in recent years and about which parishes may have interest or questions:

In response, while this hymn’s use is certainly very appropriate during this period, it should be noted that the Liturgy of the Hours lists this song as an option during the first half of the Advent season as well. This practice follows the liturgical theology of the Advent season described in the General Norms for the Liturgical Year and Calendar: “Advent has a twofold character, for it is a time of preparation for the solemnities of Christmas, in which the first coming of the Son of God to humanity is remembered, and likewise a time when, by remembrance of this, minds and hearts are led to look forward to Christ’s second coming at the end of time.” Thus, the General Norms presents the Advent season as having two complementary foci: the liturgical texts of the first weeks of Advent focus more on the Second Coming of Christ, while those in the latter half are centered primarily on the First Coming of the Messiah. Given that the titles ascribed to Christ in “O Come, O Come, Emmanuel” are applicable to both His Glorious Second Coming and His First Coming in Bethlehem, it is appropriate to sing this hymn throughout the entirety of the Advent season.

With this in mind, what hymns are appropriate for Advent? Although some songs like “O Come, O Come, Emmanuel” may be used during the entirety of the season (as described above), other popular Advent hymns often focus more exclusively on awaiting either the First or Second Coming of Christ; these can be selected depending on the thematic emphasis of the readings and other liturgical texts (e.g., proper antiphons and prayers) of the day. Below is a sample listing of hymns which are more appropriate for the beginning and end of Advent, respectively: