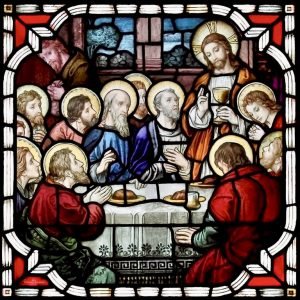 On July 16, His Holiness, Pope Francis, issued an apostolic letter motu proprio entitled Traditionis custodes (“Guardians of the Tradition”), on the celebration of the pre-conciliar liturgical forms. The letter made several significant changes to preexisting norms, most especially those established in 2007 through Pope Benedict XVI’s apostolic letter Summorum pontificum. That previous document had allowed for priests to celebrate the liturgical rites according to the 1962 liturgical books without the need to seek permission from the local bishop or the Holy See. It had also spoken of two “forms” of the Roman Rite, with the pre-conciliar liturgies referred to as the “Extraordinary Form” of the Roman Rite, and those promulgated after the Second Vatican Council termed the “Ordinary Form.”

In Traditionis custodes, Pope Francis established that the post-conciliar liturgical books should now serve as “the unique expression of the lex orandi [the law of prayer] of the Roman Rite.” The Holy Father also affirmed that it is the diocesan bishop’s exclusive competence to authorize any use of the 1962 Missale Romanum in his diocese. It is within the bishop’s purview to decide whether parishes who offer the pre-conciliar liturgy are “effective… for spiritual growth,” and he should “take care not to authorize the establishment of new groups.” As well, those who celebrate the pre-conciliar form of the liturgy must not, in any way, deny the validity of the Second Vatican Council or the reformed liturgical rites.

In the future, priests who wish to celebrate the older rites must request permission to do so from the diocesan bishop, and newly ordained priests must seek permission from the Apostolic See. The letter concluded by noting that “previous norms, instructions, permissions, and customs that do not conform to the provisions of the present motu proprio are abrogated.”

Pope Francis explained his reasons for issuing these new norms in a letter to the world’s bishops which accompanied the papal motu proprio. The Holy Father observed that a recent survey sent to his brother bishops concerning the celebration of the pre-conciliar liturgies had revealed several problems with the implementation of previous norms that had allowed for these celebrations. Noting that his predecessors, especially Pope Saint John Paul II and Pope Benedict XVI, had given wider latitude for the use of the older liturgical books in order to “recover the unity of an ecclesial body with diverse liturgical sensibilities,” Pope Francis lamented the fact that these generous permissions were often “exploited to widen… gaps, reinforce divergences, and encourage disagreements that injure the Church.” In point of fact, the Holy Father explained, the celebration of the previous liturgical forms was all too frequently accompanied by a refusal to accept the Second Vatican Council and its liturgical reforms, a denial which, in some cases, even led to a “rejection of the Church and her institutions.”

In light of these concerns, Pope Francis asked bishops to “provide for the good of those who are rooted in the previous form of celebration and need to return in due time to the Roman Rite promulgated by Saints Paul VI and John Paul II, and, on the other hand, to discontinue the erection of new personal parishes tied more to the desire and wishes of individual priests than to the real need of the ‘holy People of God.”

The Holy Father’s focus on the unity of the Church in Traditionis custodes is not new, inasmuch as previous pontiffs, from Pope Saint Paul VI through Pope Benedict XVI, consistently made the acceptance of the Second Vatican Council and its liturgical reforms a necessary precondition when allowing for the celebration of the older liturgical rites. Echoing the teachings of his predecessors, Pope Francis has indicated that an attraction to the previous liturgical forms must never be used “to doubt the Holy Spirit himself who guides the Church.” In fact, the Holy Father noted, this same Spirit of unity should also guide the celebration of the newer rites:

I am saddened by abuses in the celebration of the liturgy on all sides. In common with Benedict XVI, I deplore the fact that “in many places the prescriptions of the new Missal are not observed in celebration, but indeed come to be interpreted as an authorization for or even a requirement of creativity, which leads to almost unbearable distortions.” … The path of the Church must be seen within the dynamic of Tradition “which originates from the Apostles and progresses in the Church with the assistance of the Holy Spirit.”

In the Archdiocese of New York, these new norms are in process of being implemented, and consultation with archdiocesan leaders is underway to determine how they will be further realized locally. As this takes place, local parish communities may wish to reflect more deeply on the Holy Father’s words that liturgies should be celebrated “within the dynamic of Holy Tradition.” Clergy and lay leaders might, for example, use this as a time to review longstanding parish liturgical practices, ensuring that these are expressive of universal liturgical norms and a shared Catholic faith.