The Masses of Christmas: Historical Origins and Current Celebration 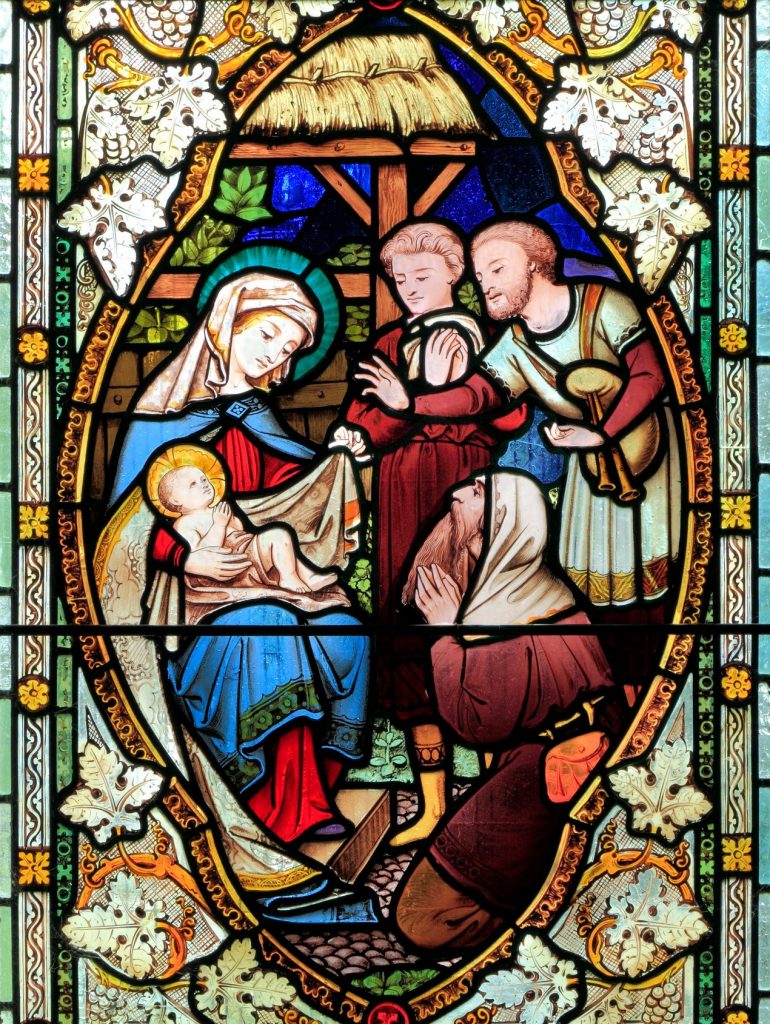 The first record of the celebration of Christmas on December 25 comes via a Roman calendar dating to the mid-4th century. This document lists the death dates of various popes and martyrs, and, at a certain point, it notes that, “on the eighth day before the first day of January [December 25], there is celebrated the birth of Christ in Bethlehem of Judea.”

Scholars today are not sure why Western Christians adopted the practice of marking the birth of Christ on December 25, especially considering that churches of the East typically celebrated this same event on January 6, and given that Scripture itself does not ascribe a particular date to the Lord’s Nativity. One theory posits that the impulse for this observance may have come as a Christian response to a feast of the “Unconquered Sun-God,” which was promulgated by the emperor Aurelian in 275. This pagan festival was celebrated on December 25, the date when the winter solstice was observed at the time. Some scholars believe that the Christian Church in Rome established a feast of Christ’s birth on this same day as a way of counteracting the pagan celebrations and directing the attention of the general populace to a more noble reason for their joyous feasting: namely, the birth of Jesus Christ, the Son of God. Christians during this period often pointed to the writings of the prophet Malachi, who described the Redeemer as the “sun of righteousness,” (3:20) as well as the many Johannine references to Christ as the “light of the world.” In so doing, they were able to offer a Scriptural justification for the celebration marked by Christians on December 25; this was a day that proclaimed the Incarnation of God’s Son, who alone gives light and salvation to the world.

Other scholars have proposed that the date of this feast might be related to various events surrounding the birth of Christ. One such theory maintains that, as early as the third century, some Christian theologians sought to determine the day of Christ’s birth with reference to the life of Saint John the Baptist. They proposed that John the Baptist was born on the day of the summer solstice in the Julian calendar (June 25), since this event was the most obvious cosmological reflection of Saint John’s declaration that he must decrease, while Christ, the light of the world, must increase. With this in mind, Saint John the Baptist’s conception would have then occurred nine months earlier on September 25, the day of the autumn equinox. According to Luke 1:26, Christ was conceived six months after John, and so this would place Christ’s conception on March 25, and His birth nine months later on December 25.

Another and related theory involves the idea that, to the ancient mind, the perfect man would be conceived and die on the same day. It was determined by early Christian theologians that Christ had died on the Cross on March 25 (the day of the Jewish Passover). Jesus, being the perfect Man and Son of God, would have also, therefore, been conceived on March 25, and then born nine months later on December 25.

Needless to say, modern scholars are not sure which, if any, of these factors may have led Christians to begin their celebration of the birth of the Savior on December 25 in the West. However, these theories offer intriguing insights into our own observance of this feast today, recalling to us the way in which God works through nature and the prophecies of Scripture to reveal His saving plan for all of humanity.

The various Masses of Christmas have an interesting historical development as well. Pope Saint Gregory the Great mentions in a Christmas homily the priestly practice of celebrating three Masses on this day, a custom which is still observed in our own time. The first such Christmas Mass was that which was celebrated during the day, originally at Saint Peter’s Basilica, by the pope, at 9am. In the fifth century, a replica of the cave where Christ was born was constructed underneath the Basilica of Saint Mary Major; here, the pope began to celebrate a Midnight Mass in this small chapel as a way of marking the timing and setting of the event of Christ’s birth that took place in Bethlehem. The last of the three Christmas Masses began to be observed in the sixth century. At the time, Eastern Christians celebrated the birth of Christ, not on December 25, but on January 6. In the East, December 25 was, instead, a feast of Saint Anastasia. After the Byzantine Greeks conquered Rome, popes began the practice of traveling to the Church of Saint Anastasia on the Palatine Hill to celebrate a Mass at dawn on December 25 as a sign of respect for the emperor, before then moving to Saint Peter’s Basilica for the usual 9am Christmas Mass.

In our current Roman Missal, these three traditional Christmas Masses (in the night, at dawn, and during the day) continue to be observed, and are accompanied by a Vigil Mass for Christmas. While distinct sets of readings are assigned to each of these Masses, these passages may be used interchangeably as a group at each Mass. Other liturgical features  that mark this day include the rubric to genuflect at the mention of the Incarnation during the recitation of the Creed, and the option to sing the announcement of the “Nativity of Our Lord Jesus Christ,” which is taken from the Roman Martyrology.

Of course, this year, Christmas celebrations will uniquely take place during a time of global pandemic. These liturgies, like all those which have been celebrated since our return to public worship, will include certain restrictions on the number of persons who will be able to be present in our churches for reasons of safety and health. In response, many parishes will be adding more Christmas Masses to their schedule to accommodate the expected numbers of those who wish to attend Mass on this day. In these exceptional times, permission has even been given (for this year only) to celebrate Christmas Eve Masses as early as 2pm in the Archdiocese of New York. A related indult has also been granted this year to priests, who have been given permission to celebrate up to four Masses (rather than the usual three) on both Christmas Eve and Christmas Day.

When making  plans for Masses this Christmas, parishes may wish to consider the following recommended practices: