The Nuptial Blessing in The Order of Celebrating Matrimony 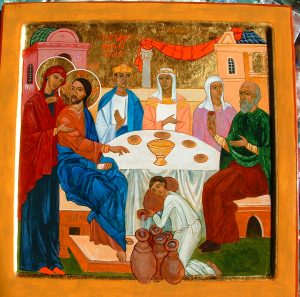 The Nuptial Blessing in The Order of Celebrating Matrimony

The USCCB has announced that a newly translated and revised Order of Celebrating Matrimony has been approved for publication. While this revised text includes a number of alterations and additions, perhaps the most significant of these changes concerns the prayer texts for the nuptial blessing. The nuptial blessing has a long and revered history in the Roman Rite. It is this history which has, in many ways, informed the most recent modifications of these prayers.

The nuptial blessing has its origins in the pagan wedding ceremonies of ancient Rome. In that society, weddings were marked by a procession of the bride from her father’s house to the home of the groom, a movement which symbolized the bride’s entering into marriage. Many scholars believe that this focus on the bride’s transition to married life had a great influence on the development of Christian prayer texts used in wedding ceremonies, particularly in Rome. Several early Roman sacramentaries, for example, included nuptial blessings that invoked God’s blessing exclusively on the bride. The most influential of these works was the 8th century Gregorian Sacramentary, which included a reference in its nuptial blessing to the institution of marriage as a sign of the covenant between Christ and His Church (Ephesians 5). It was essentially this prayer that became the sole nuptial blessing used in the Roman Rite until the implementation of the liturgical reforms called for by the Second Vatican Council.

In 1963, the Fathers of the Second Vatican Council asked that the nuptial blessing be “duly amended to remind both spouses of their equal obligation to remain faithful to each other” (Sacrosanctum concilium, 78). As a result, the ancient Gregorian text was reformed in accordance with the wishes of the Council Fathers, and two additional nuptial blessings were also composed and included in the 1969 Ordo celebrandi matrimonium.

In 1991, a revised Latin edition of the Ordo celebrandi matrimonium was promulgated.In this edition, the three post-Conciliar nuptial blessings were further amended so as to include an even greater balance of focus on both spouses. As well, these prayers included a more pronounced emphasis on the role of the Holy Spirit in the celebration of the Sacrament of Matrimony; this was indicated by the incorporation of an explicit invocation of the Spirit upon the new husband and wife in all three prayers.

These revised texts were included in the 2001 third typical edition of the Missale Romanum, and an English translation of the three nuptial blessings was published in the 2011 Roman Missal. At the time of the introduction of this edition of the Roman Missal, celebrants were given the option to choose whether to use the 1969 or 1991 versions of the three nuptial blessings when celebrating a marriage outside of Mass. When the Sacrament was celebrated within the context of Mass, however, the newer forms of the nuptial blessing were prescribed. Once the use of the forthcoming Order of Celebrating Matrimony becomes obligatory on December 30, 2016, the older forms of the nuptial blessing may no longer be used for the celebration of marriages either within or outside of Mass.

Those who wish to learn more about these and other aspects of the revised Order of Celebrating Matrimony are invited to attend a seminar on the topic that will be held on both June 8 and 9, from 4:00pm-5:30pm, at Saint Joseph’s Seminary.