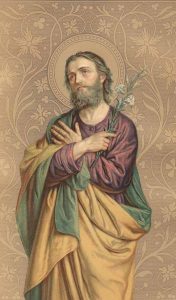 On the solemnity of the Immaculate Conception last year, Pope Francis released an Apostolic Letter entitled Patris corde (“a Father’s Heart”) in honor of Saint Joseph. The Holy Father noted that, “after Mary, the Mother of God, no saint is mentioned more frequently in the papal magisterium than Joseph, her spouse.” Reflecting on the important role that Saint Joseph has played in the life of the Church over the centuries, Pope Francis stated his hope that “each of us might discover in Joseph – the man who goes unnoticed, a daily, discreet and hidden presence – an intercessor, a support and a guide in times of trouble. Saint Joseph reminds us that those who appear hidden or in the shadows can play an incomparable role in the history of salvation.” In an effort to encourage greater devotion to the foster father of Our Lord, Pope Francis declared a “Year of Saint Joseph,” to be observed from December 8, 2020 to December 8, 2021.

In response to the Holy Father’s initiative, His Eminence, Timothy Cardinal Dolan, has announced that he will consecrate the Archdiocese of New York to Saint Joseph on March 19, the Solemnity of Saint Joseph. All parishes throughout the Archdiocese are invited to join in offering the prayers of consecration on this day, and the Service of Consecration may be downloaded at the enclosed link. Additional prayers and devotional services have also been assembled for parish use throughout the Year of Saint Joseph, and announcements about special events to mark this period may be found on the archdiocesan webpage dedicated to this theme. The Federation of Diocesan Liturgical Commissions has also assembled a body of prayers and information on obtaining a special plenary indulgence during the Year of Saint Joseph.

In addition to consulting these resources, priests may wish to consider offering a votive Mass for Saint Joseph, either on the nineteenth day of each month, or on Wednesdays (the day traditionally dedicated to honoring Saint Joseph). The concluding prayer of the Universal Prayer at Mass could be offered through the intercession of Saint Joseph during this year. Weather permitting, outdoor processions on the two feasts of Saint Joseph (March 19 and May 1) could be scheduled, and parishes might look to commissioning and dedicating a new image or statue of Saint Joseph in the church or parish school, or they might consider refurbishing an existing shrine.

The Year of Saint Joseph is a privileged opportunity to honor our beloved Patron of the Universal Church, to ask for his intercession, and to praise God for the gift of this heroic and saintly man in our lives. Through this initiative, Pope Francis is encouraging the Church to imitate this great saint’s virtues and zeal, most especially in his devoted care of the family entrusted to him, his humble attentiveness to the voice of God, and his obedience to the Will of the Father.